Published by Rosmel Caballero Fonseca on May 13, 2020 Genres: Action, Adventure, Drama, Historical, Seinen
Vinland Saga , is a manga created by the mangaka Makoto Yukimura  and illustrated by  himself, beginning to be published from April  13, 2005  through  Shonen Magazine (April - October 2005) and  Afternoon (December 2005 - present )  by the Kodansha publishing house , with a total of 22 volumes, currently still in publication. The anime adaptation began airing on July 7, 2019  on the  NHK General TV network  and was in charge of the Wit Studio , under the direction of Shuhei Yabuta , with 24 episodes:Season 1 (24 episodes) , the anime is currently broadcast. 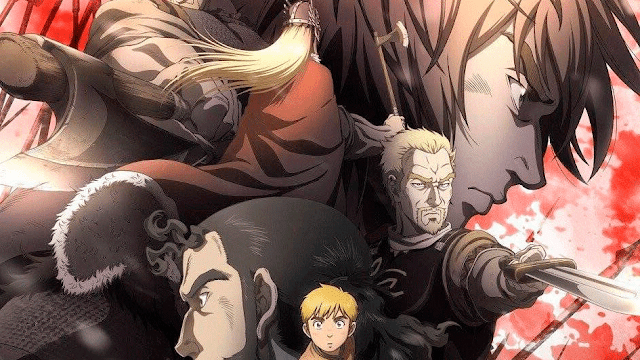 Fifteen years ago, the Viking commander, Thors Snorresson , abandoned a sea battle and began a peaceful life in Iceland with his wife Helga . Now, in the year 1002, her young son, Thorfinn , longs to see the paradise called Vinland . However, the Viking Floki He arrives in Thorfinn's village planning to murder the boy's father Thors, who is revealed to be a former Jomsviking. After his father's death, Thorfinn joins Askeladd's crew to avenge his father and constantly challenges his commander to various duels. By 1013, Askeladd's company found employment as mercenaries in the Danish invasion of London under Thorkell the Upper.


To make it easier for you to watch Vinland Saga without filler , I show you the list with the chapters to avoid or skip, so you don't waste your time on pointless chapters or just get bored with filler episodes that don't add anything to the original story. In this list of chapters of Vinland Saga without filler you will also be able to appreciate the chronological order (this so that you know the order that you must see the chapters, ova or movies) , likewise this guide is divided into sagas, arcs or seasons and each chapter with its respective name to make it easier for you to locate that episode you wanted to see again, whether you watch it on Netflix or Crunchyroll. And if this were not enough, if you just saw the anime in the final part of this article you can continue in the manga chapter that this one stayed.

What chapter of the manga is Vinland Saga anime on?