Published by Rosmel Caballero Fonseca on May 13, 2020 Genres: Action, Adventure, Comedy, Fantasy, Shounen, Supernatural
Soul Eater , also known as " Soul Eater " is a manga created by the mangaka Atsushi Ohkubo , was first released as three separate one-shots, beginning to be published on June 24, 2003 through the magazine Square Enix Monthly Shōnen Gangan in charge of the Square Enix publishing house , with a total of 25 volumes, being published for the last time on August 12, 2013. The anime adaptation began airing from April 7, 2008 on the television network TV Tokyo and was in charge of the BONES studio , under the direction of Takuya Igarashi, counting 51 episodes, the last episode being aired on March 30, 2009. 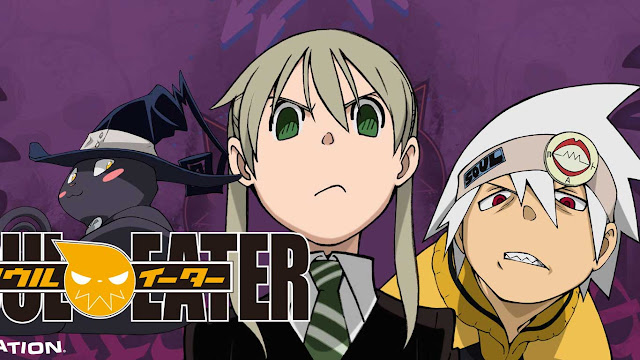 (abbreviations for "Vocational School for Shinigami Technicians and Weapons" in the Japanese language) in the town of Death City. The technicians along with their companion weapon have to collect 99 souls of Kishins, which are souls corrupted by evil or madness and that are part of the list of shinigami-sama, and the soul of a witch. Thus, weapons and technicians become of the Death Scythe category , which allows them to obtain new powers and abilities. In addition, weapons can also be used by Shinigami-sama. Reaching this title is not easy and things can be complicated by the appearance of the most powerful Kishin of all along with the help of a witch and her experiments with blood.


To make it easier for you to see  Soul Eate without padding , it shows you the list with the chapters that you should avoid so you don't waste your time on meaningless chapters or just get bored with episodes of contributing nothing to the original story. This list of episodes of Soul Eate without padding is based on the comparison between manga and anime. Detailing the exact minutes you should avoid or see. If you like the genre of Fiction or Dark Fantasy surely you will like bleach, if you dare to see it here I leave you the bleach Filler guide


The awakening of the Kishin


The destruction of Arachnophobia

What chapter of the manga is Soul Eater anime on?