Published by Rosmel Caballero Fonseca on May 13, 2020 Genres: Action, Adventure, Comedy, Historical, Romance, Samurai
Rurouni Kenshin , known in Latin America as Samurai X , is a manga written and illustrated by Nobuhiro Watsuki and whose adaptation to the anime was directed by Kazuhiro Furuhashi . The series is chronologically in the early years of the Meiji era of the Empire of Japan, its main character is Himura Kenshin who gives his name to the anime, is inspired by the historical character "Kawakami Gensai" and other historical figures. Kenshin is a samurai with a dark past, who tries to redeem the crimes he committed and that is why he does not want to use his Katana again, so he meets Kaoru who gives him another perspective on the use of Katanas acquired from his late father. 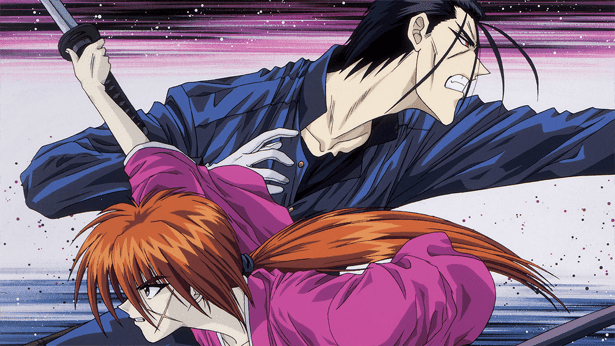 The anime had great popularity, but unfortunately they did not give the right ending. This is because they added a third season of the anime completely with pure Filler episodes and thus confusing fans of what the ending is the real one, not to mention the horrible plot of this last season. What remains true to the story of the manga is only until episode 62 and after that is to watch the last movie to complete the events.


Although the anime has 95 episodes only until episode 62 is that it follows the original story, the rest are samurai X filler chapters , but between episodes 1 to 62 there are also some filler episodes which I detail in the following list so you can avoid it and see the anime with its maximum expression without getting bored with the hateful episodes filled with no meaning.