Published by Rosmel Caballero Fonseca on May 13, 2020 Genres: Action, Adventure, Comedy, Demons, Shounen, Super Power
D.Gray-man is an anime adapted from the manga with the same name, its creator is the mangaka Katsura Hoshino , published since May 31, 2004 by Shonen Jump magazine , by the Shūeisha publishing house under the impression of Jump Comics. The anime adaptation was directed by Osamu Nabeshima , was produced by TMS Entertainment and broadcast on the television network TV Tokyo . It began airing from October 3, 2006 and culminating on September 30, 2008, having 103 episodes. A second adaptation was released on July 4, 2016, with 13 episodes, under the name of " D.Gray-man Hallow ", sequel to the first anime.

This series was licensed by Madman Entertainment (Australia) , Funimation  (United States) , Manga Entertainment (United Kingdom). The anime is about an imaginary end of the nineteenth century in Europe, there is the Congregation of the Shadow that aims to fight to defeat the Count of the Millennium , which wants to annihilate humanity with its henchmen of akumas and ryus, militia created with the souls of the dead that a relative or being close to mourn for their loss, assuming a punishment from God. The young exorcist Allen Walker 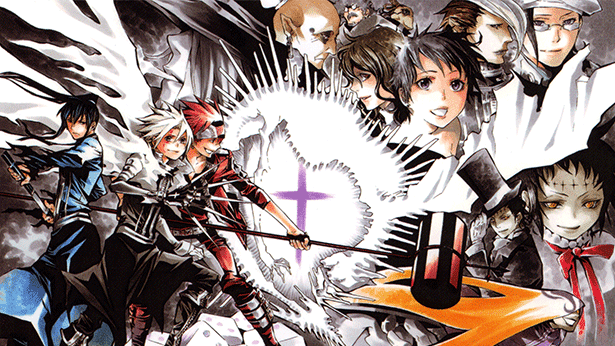 He is the protagonist of the series, who has recently joined the Dark Order after being left by his teacher General Cross. Thus beginning some very interesting and dangerous adventures full of the sufferings, risks and ethical problems that exorcists suffer in order to rescue humanity.


D.Gray-man is an excellent anime that is still publishing his manga to date, but unfortunately he did not do very well in his adaptation in the anime, this because after the broadcast of 103 episodes they allowed a lot of time to continue the anime and after 8 years they decided to continue the anime with the season " D.Gray-man Hallow " that unfortunately did not have much audience for the great break that had the anime and only had 13 episodes that did not cover much history in the manga. To make it easier for you to see  D.Gray-man without padding , it shows you the list with the chapters that you should avoid so you don't waste your time on meaningless chapters or just get bored with episodes of contributing nothing to the original story. ThisD.Gray-man's chapter list without padding is based on the comparison between manga and anime.


In which chapter of the manga continues D.Gray-man?

Anime episode
D.GRAY-MAN HALLOW
«The last anime episode of D.Gray-man that aired is 116 (which would be episode 13 of the season" D.Gray-man Hallow ") that corresponds to chapter 208 of the manga with the name of" D.Gray -man ".»
* CORRESPOND TO SLEEVE N °: