Published by Rosmel Caballero Fonseca on May 13, 2020 Genres: Action, Adventure, Martial Arts, Shounen, Super Power, Supernatural
Saint Seiya: The Lost Canvas - Hades Mythology  (The Lost Canvas), is a manga created by the mangaka Shiori Teshirogi  and illustrated by  himself, beginning to be published from August  24, 2006  through the magazine  Shonen Champion  by the Akita Shoten publishing house , with a total of 25 volumes, culminating its publication on April 7, 2011 . The anime adaptation began broadcasting on June 24, 2009,  being distributed on DVD and Blu-ray  and was in charge of the TMS Entertainment studio , under the direction of Osamu Nabeshima , with 26 episodes:Season 1 (26 episodes) , ending its broadcast on July 20, 2011 . 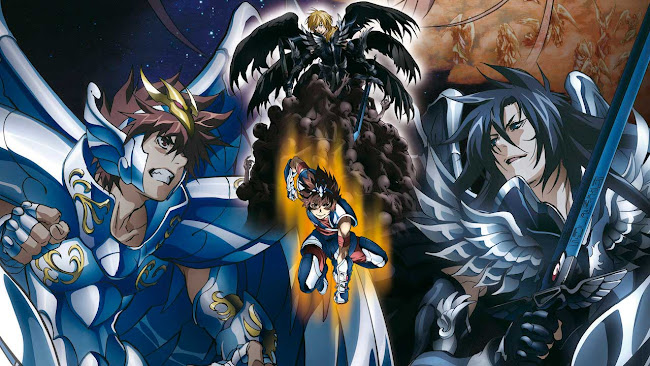 This anime tells the story of theprevious Holy War , which took place in the 18th century, 250 years before the original series, in the Saint Seiya universe. The story centers on the fight between Tenma , one of the 88 saints who follow Athena, and Alone , the reincarnation of the god Hades . While the two were close childhood friends in Greece alongside Alone's sister Sasha, the trio broke up. Sasha was first sent to the Sanctuary and then, shortly after, Tenma was also sent to the Sanctuary; As Tenma awoke the Cosmos, the energy of the Saints, it was revealed that Sasha was the reincarnation of Athena. As the years go by, everything Alone paints is destroyed, and he is convinced that death means the salvation of the god Hypnos and his follower Pandora. Only then does he gather the Hades soldiers, the 108 Specters to start a war against Athena.

Filler episodes to skip in Saint Seiya: The Lost Canvas

What chapter of the manga is Saint Seiya: The Lost Canvas anime on?