Published by Rosmel Caballero Fonseca on May 13, 2020 Genres: Action, Adventure, Fantasy, Shounen
Saint Seiya , known in Latin America as The Knights of the Zodiac, is an anime adapted from the manga created by the mangaka Masami Kurumada in 1985, belonging to the Shonen genre and published by the Shūkan Shōnen Jump magazine of the Shūeisha publishing house . The anime adaptation was in charge of the Toei Animation studio, being broadcast by the television network TV Asashi under the direction of Kōzō Morishita (1-73), Kazuhito Kikuchi (74-114), the anime featured 145 episodes including the saga of hades, began broadcasting from October 11, 1986 to April 1, 1989. After the anime adaptation 2 more series have been produced: " Saint Seiya Lost Canvas " by the studio TMS Entertainment and " Saint Seiya Omega"by Toei Animation.

This series was licensed by Toei Animation Inc  (Latin America) and DiC Entertainment, AD Vision  (United States). The plot of the series is based on the story of a group of young warriors named Saints (Saints, or Knights in several translations), those who fight to safeguard the Greek goddess Athena from the forces of evil. To fight, the Saints use an energy of their interior known as Cosmos, in addition to their fists and armor that serve them as protection and that are also based on constellations or entities of Greek mythology ... 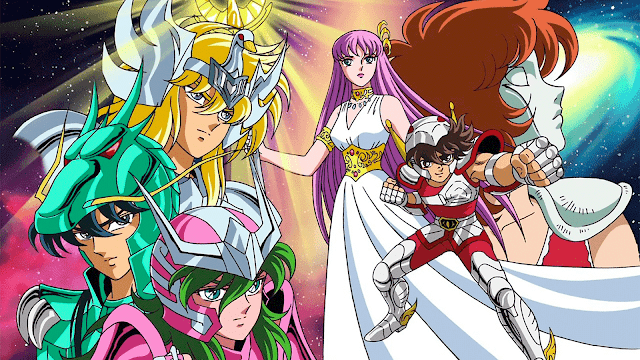 
Saint Seiya , is one of the most popular anime to date, a classic that despite having finished in 1989 until today, other series based on the Knights of the Zodiac continue to be released , as well as new manga that tell the story of the former golden knights who protected the 12 houses. Because of the great popularity that Saint Seiya obtained, what caused is that they added episodes of Filler of Saint Seiya to extend the anime more and generate more income. For this reason, this article shows you the episodes that are filled and also the battles, openings, endings divided by seasons or sagas ..


The Sonota Saints and the Golden Helmet