Published by Rosmel Caballero Fonseca on May 13, 2020 Genres: Action, Adventure, Comedy, Drama, Sci-Fi, Space
Cowboy Bebop is a Japanese anime created by  Hajime Yatate , which is a group pseudonym that encompasses several members of the company Sunrise , a studio in charge of the animation of the series. The direction was in charge of Shinichiro Watanabe , almost was not about to be emitted by the Japanese television. The Tokyo TV broadcast was canceled because the anime content was not suitable for open television, only episodes 2, 3, 7–15 and 18 were broadcast in April 1998. But before the end of the year, the station satellite WOWOW broadcast the full anime until April 1999. 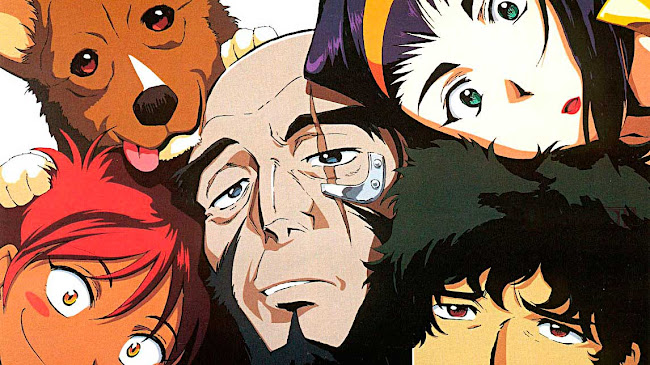 The year 2071 occurs. The crew of the Bebop , initially integrated by Spike Spiegel and Jet Black , navigates throughout the Solar System in search of rewards. Throughout his wanderings three new characters are enlisted to his crew: Faye Valentine , Ed and, the pet, Ein . During his voyages the tortuous relationship between the protagonist Spike and his old comrade Vicious is discovered which leads to the outcome of the series. Spike's relationship with the other co-stars, and their backgrounds, can be seen in the intermediate chapters of the series.


Cowboy Bebop  is one of the very popular anime, although your short episodes had a great reception, for this reason if you want to see the filler episodes of cowboy bebop I leave you the following chapter guide. You can also know the battles, opening and ending used, names or titles of the episodes, the most important thing you will find out about the cowboy bebop filling chapters.