Published by Rosmel Caballero Fonseca on May 13, 2020 Genres: Demons, Magic, Romance, Shoujo
Pretty Soldier Sailor Moon , more popular as Sailor Moon , is a series adapted from the manga with the same name, was written and illustrated by the mangaka Naoko Takeuchi in 1992. The manga became particularly famous being published in the Japanese magazine Nakayoshi of Kodansha publishing house between 1992 and 1997 and compiled in 18 volumes. Its adaptation to the anime was in charge of the Toei Animation studio under the direction of Junichi Sato and being broadcast by the TV network TV Asahi. The first broadcast of the series was on March 7, 1992 and ending on February 8, 1997, with a total of 200 episodes divided into 5 seasons.

This series was licensed by Toei Animation Inc  (Latin America) and  VIZ Media  (United States). Serena is a young woman who attends high school, very out of focus and little focused, but her life would take a turn when she meets Luna , a cat with magical powers that would transform her into a Sailor Scout , at her side she will have to fight for justice against from the Kingdom of Darkness, in your missions you will meet Tuxedo Mask a masked hero who will soon fall in love. Later others 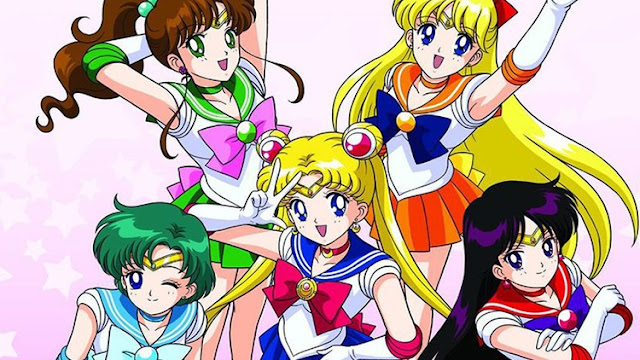 Sailor Scout will join the fight of Serena ..


Just like Naruto Shippuden Filler , Sailor Moon is not far behind, since it has a lot of Filler, but these episodes do have a good justification. The broadcast of the anime and the manga publication began in 1992 and as you can imagine you cannot adapt a manga chapter to an anime episode, simply for the duration of each episode of the anime (approx. 24 minutes), in addition to the Publication of the manga was monthly and the anime weekly, so you should almost adapt 1 chapter of the manga to 4 episodes of the anime, which is totally impossible.
For this reason, many sailor moon Filler episodes had to be added , but what he did was lower the quality of the plot, since the Filler chapters they only made the series funny and taking away the seriousness of the story, contrary to the manga version.