Published by Rosmel Caballero Fonseca on May 13, 2020 Genres: Action, Comedy, Parody, Sci-Fi, Seinen, Super Power, Supernatural
One Punch-Man is an action and comedy manga published since 2009 by artist One. This manga gained very fast popurality, reaching 8 million views. The Japanese title is "Wanpanman", which is the union 2 terms, first "wanpan" is used by "Wanpanchi" (translated "a blow") and the second is taken from the child character "Anpanman". This manga began to be published by Young Jump magazine in 2112, also the manga in physics was published by Shueisha, it is currently published by Weekly Shonen Jump Alpha. Its adaptation to anime is produced by the Madhouse studio between October and December 2015, with 12 episodes.

This series was licensed by VIZ Media (United States) ,, Selecta Visión (Spain) , Televix (Latin America)  and Netflix has been with Latin dubbing since July 1, 2017. 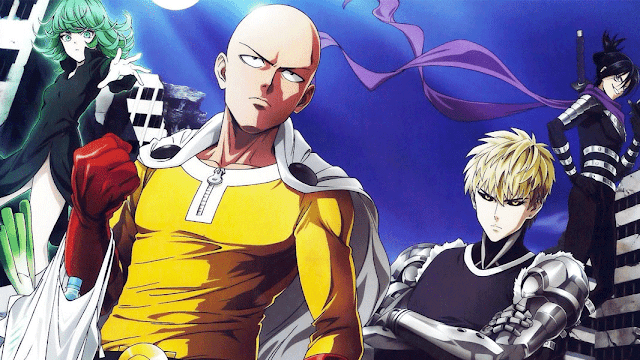 The series takes place in a fictional city known as Ciudad Z, in Japan. Humanity is infested by strange monstrous who manifest mysteriously and cause imnumerable catastrophes to people. Saitama is a powerful bald superhero that easily removes monsters or other enemies with a single blow of his fist. For this reason, Saitama is always bored and looking for more powerful enemies that may face him.

During his journey he finds new friends, enemies and his own pupil, the powerful Cyborg Genos, and joins the Heroes Association to accumulate prestige for all his actions and to eradicate evil. But, despite beating many more powerful rivals than the strongest heroes, the vast majority of people marginalize him for his common physical appearance and many blame him for being a false hero; likewise the most powerful warriors marginalize it based on the little recognition by the association of heroes without knowing that it is more powerful

The following bleach filler list will show you which episodes or chapters are filler in the series, this means episodes that are exclusively from the anime and were not adapted based on the manga. With this guide you will be able to skip or avoid bleach filler episodes and thus enjoy this anime without filler. It should be noted that both the ovas, specials and movies (if the anime had these) will be located in chronological order, this for you to better enjoy on the Netflix, Hulu, Funimation or Crunchyroll platforms.


What chapter of the manga is One-Punch Man anime on?