Published by Rosmel Caballero Fonseca on May 13, 2020 Genres: Horror, Mystery, Sci-Fi, Shounen
The Promised Neverland (Yakusoku no Neverland) is an anime adapted from the manga written by Kaiu Shirai and illustrated by Posuka Demizu . Its publication was in charge of the Shūeisha publishing house in the Japanese weekly magazine Shōnen Jump since August 2016, compiling so far 13 volumes and still being broadcast. Its adaptation came thanks to the CloverWorks studio directed by Mamoru Kanbe and produced by Yuichi Fukushima , starting to air on January 10, 2019 on Fuji TV , with 12 episodes the first season.

This series was licensed by Hulu  (United States) , Crunchyroll (Latin America) . . The series takes place in a dystopian future in the year 2045, Emma is a small 11-year-old orphan who resides in the Grace Field House orphanage, at the same time there are 37 other children she estimates as if she were her brothers and under the shelter of a woman called as "Mother." The children of that orphanage live happily and enjoy the best attention until they reach the age of 12, at which point they have to leave the place. As a rule they wear white attire, have numbers that distinguish them tattooed on the neck, and do daily tests in which Emma always gets the best grades with her best companions Norman and Ray. 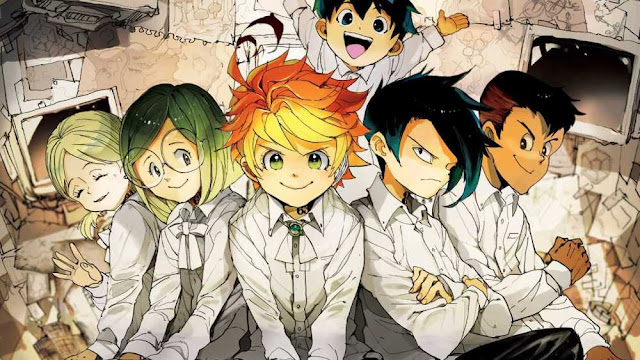 On one occasion, Emma and Norman break the rule of approaching the entrance to retrieve Conny, a recently adopted girl, the stuffed rabbit that she forgot to carry. But, being in that place, they find themselves with the harsh reality, Conny had been killed by some demons and that "Mother" is really a breeder of human cattle; the monsters raise the children in Grace Field House to be able to devour their brains. For this reason, Emma and Norman assume that they have been deceived the entire time they were there and will join forces with Ray to devise an escape plan that will save the lives of all orphans.


The Promised Neverland is a recent anime that because it was very successful with its publications in the manga it was adapted to the anime, so far it only has a season with 12 episodes, but from now on there will be more episodes and seasons, so this article will show you which are the filler episodes that The Promised Neverland contains, as well as the names of the episodes, sagas or arcs, as well as the opening and endings used in the chapters of this series.


In which chapter of the manga does The Promised Neverland continue?

Anime episode
THE PROMISED NEVERLAND
«The last anime episode of The Promised Neverland that was aired is the 12th corresponding to chapter 37 of the manga with the same name.»
* CORRESPOND TO SLEEVE N °: