Published by Rosmel Caballero Fonseca on May 13, 2020
Mob Psycho 100, is a manga created by mangaka One (it is the pseudonym used by the Japanese cartoonist known for being the creator of One-Punch Man and Mob Psycho 100 ) , beginning to be published continuously from  April 18, 2012  through of the Ura Sunday  magazine  by the Shogakukan publisher , with a total of 16 volumes, culminating its publication on December 22, 2017. The anime adaptation began airing on July 12, 2016 by the Tokyo MX television network  , ytv, BS Fuji, TV Asahi Channel 1  and was in charge of the Bones studio , under the direction of Yuzuru Tachikawa, with 25 episodes + 1 OVA: Season 1 (12 episodes),  Season 2 (13 episodes) , and being its last broadcast on April 1, 2019 . 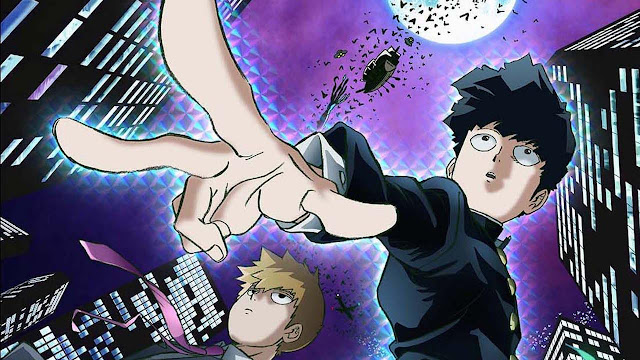 Shigeo Kageyama is an average middle school boy, nicknamed Mob (ブ ブ Mobu, lit. "background background") for lacking a sense of presence. Although he seems a discreet person, in fact he is a powerful espe. With immense psychic power. To avoid losing control of this power, he constantly lives a life under an emotional barrier. To help learn how to control his abilities, Mob works as an assistant to scammer Reigen Arataka, a self-proclaimed psychic. The mafia wants to live a normal life like that of those around him, but an avalanche of problems continues to come after him. With his repressed emotions growing within Mob bit by bit, his power threatens to break his limits when he finally meets other Espers like the Claws.


To make it easier for you to watch Mob Psycho 100 without filler , I show you the list with the chapters to avoid or skip, so you don't waste your time on pointless chapters or just get bored with episodes filled with don't add anything to the original story . In this list of chapters of Mob Psycho 100 without filler you will also be able to appreciate the chronological order (this so that you know the order that you must see the chapters, ova or movies) , likewise this guide is divided into sagas, arcs or seasons and each chapter with its respective name to make it easier for you to locate that episode you wanted to see again, whether you watch it on Netflix or Crunchyroll. And if this were not enough, if you just saw the anime in the final part of this article you can continue in the manga chapter that this one stayed.


What chapter of the manga is Mob Psycho 100 anime on?