Published by Rosmel Caballero Fonseca on May 13, 2020 Genres: Action, Comedy, Shounen, Super Power
Katekyo Hitman Reborn!  It is a manga written and illustrated by the mangaka Akira Amano , the series began with a one-shot (single chapter) published in Shukan Shonen Jump magazine in 2003, which was used as a pilot for the manga that began to be published in May 2004 by the same magazine mentioned above and culminated on November 12, 2012, with a total of 408 chapters published. The anime adaptation premiered on October 7, 2006 by the Arland studio under the direction of Kenichi Imaizumi and broadcast on the television network TV Tokyo , with 203 episodes and the latter was aired on September 25, 2010 ..

This series was licensed by Viz Media  (United States) and  Crunchyroll  (Latin America) . Katekyo Hitman Reborn! Its protagonist is Tsunayoshi Sawada , named loser Tsuna, he is an ordinary young man until his relative Timothy (the 9th Chief of the Vongola family) informs him that he will be his next successor. In order for Tsuna to be ready by the time he becomes the 10th Chief, he sends home a personal instructor named Reborn who will teach him to be a good Chief thanks to a special instrument of the Vongola family, and that in some Sometimes it will help you continue your normal life in one piece. Then more characters will appear that will complicate life and at the same time more entertaining Tsuna. 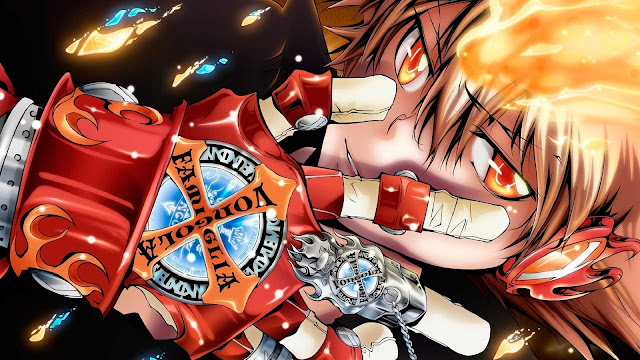 
To make it easier for you to see  Katekyo Hitman Reborn! Without padding , it shows you the list with the chapters that you should avoid so you don't waste your time on meaningless chapters or just get bored with episodes of contributing nothing to the original story. This chapter list of Katekyo Hitman Reborn! No padding is based on the comparison between manga and anime. Detailing the exact minutes you should avoid or see, which are mainly special.


In what chapter of the manga continues Katekyo Hitman Reborn !?