Published by Rosmel Caballero Fonseca on May 13, 2020 Genres: Action, Comedy, Historical, Parody, Samurai, Sci-Fi, Shounen
Gintama is a manga created by the mangaka Hideaki Sorachi , beginning to be published on December 8, 2003 through the weekly Japanese magazine Shonen Jump by the Shueisha publishing house, with a total of 77 volumes to date that is still published. The anime adaptation began airing from April 4, 2006 on the television network TV Tokyo and was in charge of the Sunrise studio , under the direction of Shinji Takamatsu (1-105), Yoichi Fujita (100-), with 367 episodes divided into 10 seasons, the last episode being aired on October 8, 2018.

This series was licensed by  Sentai Filmworks (United States) and  Crunchyroll  (Latin America) . 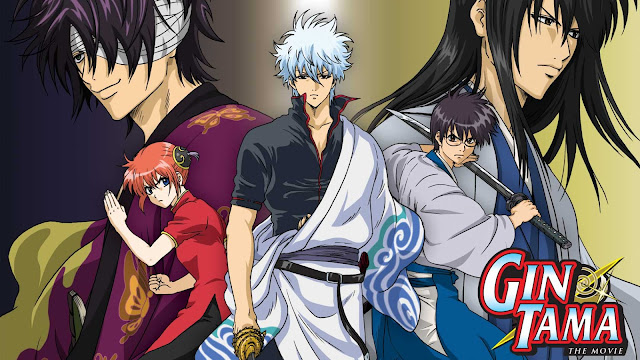 The series is set in Edo - old name by which the city of Tokyo was known -, which has been submitted by rare extraterrestrial beings called " Amanto ". The samurai of that time fought against the invaders, but the Amantos defeated them and restricted all the people of the city to carry swords. The anime focuses on the adventures of a silver-haired samurai known as Gintoki Sakata , who helps a teenager named Shinpachi Shimura save his sister from a group of aliens who wanted to make her part of a brothel. Impressed with Gintoki, Shinpachi He decides to become his apprentice and work with him as a freelancer in order to be able to pay the monthly rent of the Gintoki rental .


This anime is extensive and especially fun as well as one piece and its one piece Filler  that is also entertaining. To make it easier for you to see  Gintama without padding , it shows you the list with the chapters that you should avoid so you don't waste your time on meaningless chapters or just get bored with episodes of contributing nothing to the original story. This list of chapters of Gintama without padding is based on the comparison between manga and anime. Detailing the exact minutes you should avoid or see.


In which chapter of the manga does Gintama continue?

Anime Episode
GINTAMA. 2018
"The last anime episode of Gintama aired is 367 (episode 26 of the Gintama season. Shirogane no Tamashii-hen 2018) which corresponds to chapter 687 of the manga with the name "Gintama"."
* CORRESPONDS TO SLEEVE N °: