Published by Rosmel Caballero Fonseca on May 13, 2020 Genres: Action, Adventure, Demons, Historical, Shounen, Supernatural
Dororo is a manga created by the mangaka Osamu Tezuka  and illustrated by  himself, beginning to be published from August  27, 1967  through the Shukan Shonen Sunday  magazine  by the Shogakukan publisher , with a total of 4 volumes, culminating Its publication on July 22, 1968 . The anime adaptation began broadcasting on January 7, 2019  by the  Tokyo MX television network , Gifu Broadcasting, BS Nippon Corporation, Chiba TV, Mie TV, Sun-TV, Tokyo MX, TV Saitama  and was in charge of the MAPPA studio , under the direction of Kazuhiro Furuhashi, with 24 episodes: Season 1 (24 episodes) + 1 OVA , ending its broadcast on June 24, 2019 . 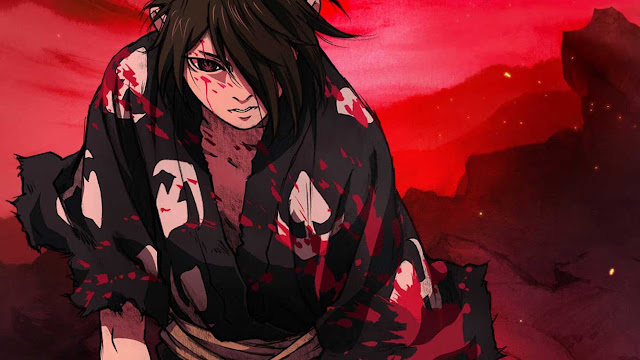 Dororo revolves around a rōnin named Hyakkimaru and a young orphan thief named Dororo during the Sengoku period . The rōnin was born malformed, without limbs and without facial features or internal organs. This was the result of his biological father, Daimyō Kagemitsu Daigō, forged a pact with 48 sealed demons so that he could rule the land and increase its wealth and prosperity. In return, he promised the demons everything they wanted to belong to him. This allowed them to roam freely and commit atrocities in the field.

After his mother, Oku, was forced to drift in the river, so that his father would not kill him, Jukai-sensei, a healer who found the boy and raised him, used healing magic and alchemical methods to fabricate children's prosthetics. of the remains of children who had died in the war.

Filler episodes to skip in BTOOOM!


The following Dororo filler list will show you which episodes or chapters are filler in the series, this means episodes that are exclusively from the anime and were not adapted based on the manga. With this guide you will be able to skip or avoid Dororo filler episodes and thus enjoy this anime without filler. It should be noted that both the ovas, specials and movies (if the anime had these) will be located in chronological order, this for you to better enjoy on the Netflix, Hulu, Funimation or Crunchyroll platforms. And if you finish the anime, I will mention in which chapter of the manga or where to start the manga after the anime, this to keep in mind, how far is the Dororo manga