Published by Rosmel Caballero Fonseca on May 13, 2020 Genres: Action, Psychological, Sci-Fi, Seinen
Btooom! , stylized as BTOOOM !, is a manga created by the mangaka Junya Inoue  and illustrated by  himself, beginning to be published from June  19, 2009  through Weekly Comic magazine  and Monthly Comic Bunch  by Shinchosha , with a total of 26 volumes, culminating its publication on March 20, 2018 . The anime adaptation began broadcasting on October 4, 2012  by the  Tokyo MX  television network and was in charge of the Madhouse studio , under the direction of Kotono Watanabe , with 12 episodes:Season 1 (12 episodes) , ending its broadcast on December 20, 2012 . 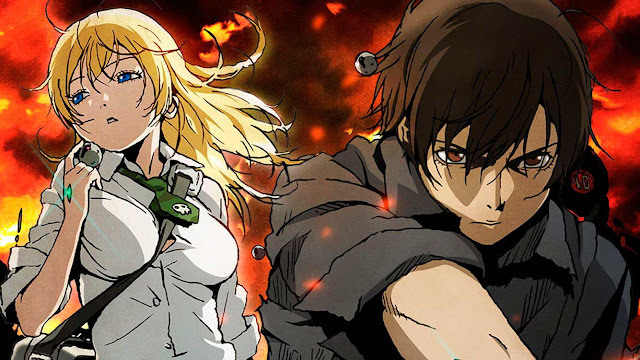 Ryota Sakamoto is a 22-year-old unemployed young man who lives with his mother Yukie. He is one of the best players in the world of the combat video game called Btooom !. One day, he wakes up on what appears to be a tropical island, though he doesn't remember how or why he was transported there. While wandering, Ryota sees someone and asks for help. The stranger responds by throwing a bomb at him. Ryota soon realizes that his life is in danger and that he has somehow become trapped in a real life version of his favorite game. In the game, Ryota meets Himiko , who is another Btooom. gamer - and wife in Ryota game.

Filler episodes to skip in BTOOOM!


The following BTOOOM! filler list will show you which episodes or chapters are filler in the series, this means episodes that are exclusively from the anime and were not adapted based on the manga. With this guide you will be able to skip or avoid BTOOOM! filler episodes and thus enjoy this anime without filler. It should be noted that both the ovas, specials and movies (if the anime had these) will be located in chronological order, this for you to better enjoy on the Netflix, Hulu, Funimation or Crunchyroll platforms. And if you finish the anime, I will mention in which chapter of the manga or where to start the manga after the anime, this to keep in mind, how far is the BTOOOM! manga


What chapter of the manga is BTOOOM! anime on?