Published by Rosmel Caballero Fonseca on May 13, 2020 Genres: Adventure, Shounen, Supernatural
Zatch bell! (The original name is  Konjiki no Gash !! ), It is a manga created by and illustrated by the mangaka  Makoto Raiku  , beginning to be published from  January 10, 2001  through the magazine Shonen Sunday by the Shogakukan publisher.  , with a total of 33 volumes, culminating the publication on December 26, 200 7. The anime adaptation began to be broadcast on April 6, 2003  by the Fuji TV television  channel  and was in charge of the Toei Animation studio  , under the Direction of Tetsuji Nakamura and Yukio Kaizawa, with 150 episodes:  1 Season (52 episodes), 2  Season  (48 episodes),  3 Season  (50 episodes) , culminating the first season on March 26, 2006 . 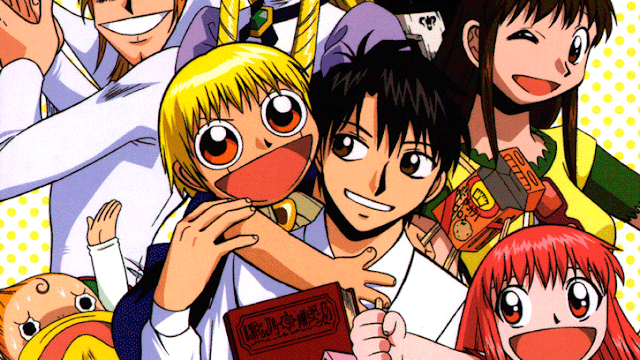 , he discovers an unconscious boy named Zatch Bell while in a forest in England, and sends Zatch to live with Kiyo. Unlike the other Mamodo, Zatch lost his memory of the Mamodo world. Kiyo first learns of the spellbook when he reads a spell that causes Zatch to shoot lightning from his mouth. When Kiyo and Zatch begin to meet different Mamodos and learn more about Mamodo's battles, they discover that there are those who do not want to fight and there are those who fight for the wrong reasons. After meeting a Mamodo named Kolulu and seeing how this type of Mamodo was forced to fight due to the power of his spells, Zatch decides to become a kind king to prevent the battle from happening again.


To make it easier for you to watch Zatch Bell! Without filler , I show you the list with the chapters you should avoid or skip, so you don't waste your time on pointless chapters or just get bored with filler episodes that add nothing to the original story. In this list of Zatch Bell chapters! Online without filler you will also be able to appreciate the chronological order (this so that you know the order you should see the chapters, ova or movies) , likewise this guide is divided into sagas, arcs or seasons and each chapter with its respective name so that you It's easier to locate that episode you wanted to see again, whether you watch it on Netflix or Crunchyroll .