Published by Rosmel Caballero Fonseca on May 13, 2020 Genres: Action, Dementia, Drama, Mecha, Psychological, Sci-Fi
Neon Genesis Evangelion, (better known as "Evangelion" or "Eva") is an anime created by the Gainax studio,  began airing on October 4, 1995 on the TV Tokyo  television network  and was in charge of the Gainax studio and Tatsunoko Production, under the direction of Hideaki Anno, and production by Noriko Kobayashi and Yutaka Sugiyama, the series had 26 episodes + 9 Movies and Animations, with the last episode being broadcast on March 27, 1996. 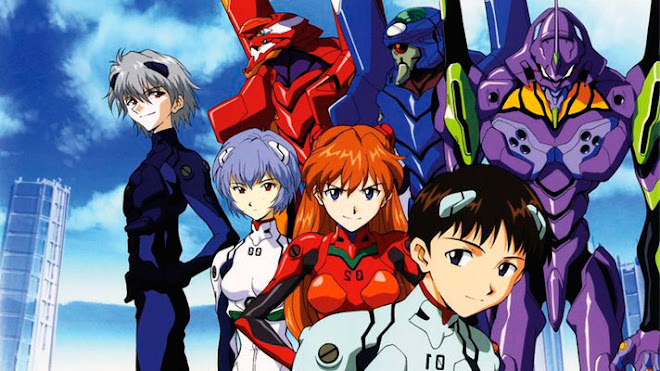 In 2015, fifteen years after a global cataclysm known as the Second Impact, teenager Shinji Ikari is summoned to the futuristic city of Tokyo-3 by his separated father Gendo Ikari, director of the special paramilitary force Nerv. Shinji witnesses the United Nations forces fighting an Angel, one of a race of gigantic monstrous beings whose awakening was announced by the Dead Sea Scrolls. Due to the Angels 'almost impenetrable force fields, Nerv's giant Evangelion bio-machines, synchronized with their pilots' nervous systems and possessing their own force fields, are the only weapons capable of preventing the Angels from annihilating The humanity. Official Nerv Misato Katsuragies escorts Shinji to the Nerv complex below the city, where his father pressures him to pilot the Evangelion-01 Unit against the Angel. Without training, Shinji is quickly overwhelmed in battle, causing the Evangelion to go mad and savagely kill the Angel on his own.

Filler episodes to skip in Evangelion


For this reason the following evangelion filler list will show you which episodes or chapters are filler in the evangelion series, this means episodes that are exclusively from the anime and were not adapted based on the manga. With this ultimate guide you can skip or watch the evangelion filler and thus skip the episodes that are filler or that you think you do not want to see. It should be noted that each episode if it contains any part of the original story of the manga will be detailed minutes to skip or view it, whether you see it by Netflix, Hulu, Funimation or Crunchyroll .