Published by Rosmel Caballero Fonseca on May 13, 2020 Genres: Comedy, Demons, Fantasy, Shounen, Supernatural
Mairimashita! Iruma-kun (Welcome to Demon School! Iruma-kun), is a manga created by mangaka Osamu Nishi  and illustrated by  himself, beginning to be published from March  2, 2017  through the Shukan Shonen Champion  magazine  by the Akita Shoten press  , with a total of 14 volumes, is currently still in publication. The series continued under the name " Trigun Maximum " since 1998, published in Young King OURs magazine  by the publisher  Shonen Gahosha , with a total of 14 volumes and ending its publication in 2007. The anime adaptation began airing from on October 5, 2019 by the television network  NHK / NHK Enterprises  and was in charge of the Bandai Namco Pictures studio , under the direction of Makoto Moriwaki , with 24 episodes: Season 1 (24 episodes) , the anime is currently broadcast. 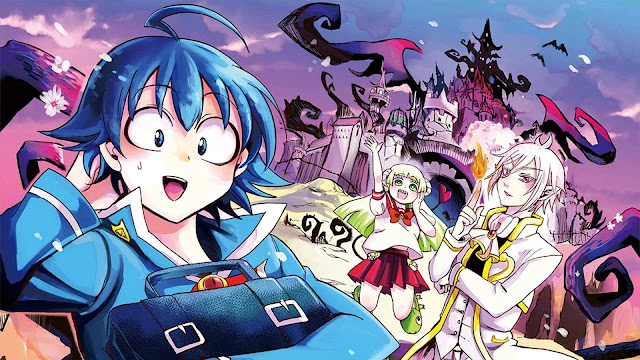 The story follows the life of Iruma Suzuki , a 14-year-old human boy, who is sold by his parents to a demon. The demon is known as Sullivan , who carries Iruma the Demon World and officially adopts him as his grandson. He then enrolls Iruma at the Babyls School for Demons, where Sullivan is the director, and where Iruma quickly befriends the demons Alice Asmodeus and Clara Valac . However, Sullivan tells Iruma to never reveal that he is a human, as he will be eaten if someone discovers that he is not a demon. Iruma then promises to mingle during his time in the Demon World, though he only stands out due to all the situations and adventures that arise.


The following Mairimashita! Iruma-kun filler list will show you which episodes or chapters are filler in the series, this means episodes that are exclusively from the anime and were not adapted based on the manga. With this guide you will be able to skip or avoid Mairimashita! Iruma-kun filler episodes and thus enjoy this anime without filler. It should be noted that both the ovas, specials and movies (if the anime had these) will be located in chronological order, this for you to better enjoy on the Netflix, Hulu, Funimation or Crunchyroll platforms.

What chapter of the manga is Mairimashita! Iruma-kun anime on?