Kimetsu no Yaiba Filler List and Order to Watch 2022

Published by Rosmel Caballero Fonseca on May 13, 2020 Genres: Action, Demons, Historical, Shounen, Supernatural
Kimetsu no Yaiba  (in English known as Demon Slayer and in Spain as Guardians of the night ), is a manga created by  and illustrated by the mangaka Koyoharu Gotoge , beginning to be published from  February 15, 2016  through the magazine  Weekly Shonen Jump  by the publisher Shūeisha , with a total of 13 volumes, is currently still in publication. The anime adaptation began to be broadcast from April 6, 2019 on the Tokyo MX television network  , GTV, GYT, BS11  and was in charge of the Ufotable studio , under the direction of Haruo Sotozaki, with 44 episodes: Season 1 (26 episodes), Season 2 (18 episodes) currently airing. 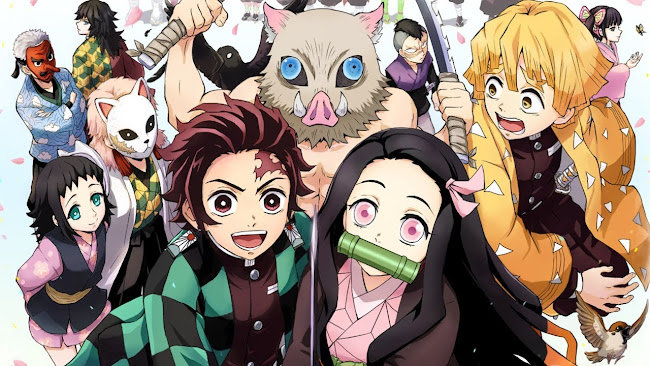 He is an intelligent and kind-hearted boy who lives with his family and earns money selling coal. Everything changes when his family is attacked and killed by demons (oni). Tanjirou and his sister Nezuko are the only survivors of the incident, although Nezuko is now a demon, but surprisingly still shows signs of human emotion and thought. Tanjirou becomes a demon slayer to help his sister become human again and to avenge the loss of her family.


In this list of episodes you will be able to know the Order to Watch Kimetsu no Yaiba or rather the Chronology of this anime, this based on the extra material it contains, either ovas, movies or specials that will be located in Chronological Order, likewise the list is divided by sagas, arcs or seasons and each filler episode is marked, this so you can watch Kimetsu no Yaiba without filler. Finally, in this ultimate guide I will mention in where does the anime leave off in the manga or rather where to start manga after anime, whether you watch it on Netflix, Hulu, Funimation or Crunchyroll.

Do you want to hide the reference images to avoid Spoilers?: Hide- / Show+


NOTE: To see the Infinity Train arc (which is what follows after the first season), which adapts chapters 54 to 66 of the manga, you have 2 options. You can watch the movie Kimetsu no Yaiba the Movie: Mugen Train (*) or you can watch Kimetsu no Yaiba: Mugen Train Arc TV (**) which is made up of 7 episodes and adds extra scenes compared to the movie ( these scenes are exclusive to the anime).

What chapter of the manga is Kimetsu no Yaiba anime on?

How To Watch Kimetsu no Yaiba In Order?

The correct order to watch Kimetsu no Yaiba, regarding his movies and specials is the following: