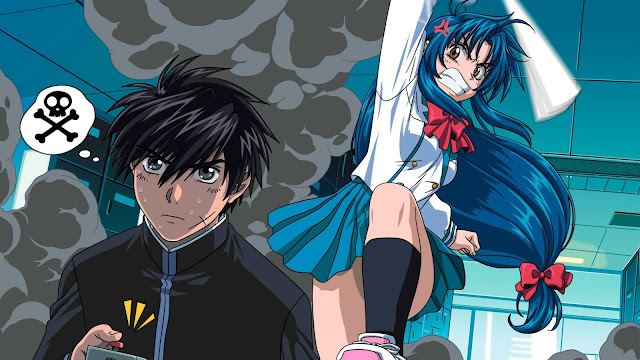 , a member of a private undercover anti-terror military organization known as Mithril, who has been tasked with protecting Kaname Chidori , a lively Japanese high school girl. He moves to Japan to study at Chidori school, Jindai High School, with the help of his classmates Kurz Weber and Melissa Mao . Having never experienced social interactions, Sousuke is seen as a military maniac by his schoolmates when interpret everyday situations from a combat perspective. She becomes related to Chidori, who realizes that Sousuke is protecting her, but does not reveal the reasons for the orders or the fact that she does not know why different organizations are attacking Chidori.


To make it easier for you to watch  Full Metal Panic! without filler , it shows you the list with the chapters that you should avoid so you don't waste your time on meaningless chapters or just get bored with episodes of they don't add anything to the original story. This Full Metal Panic! Unfilled is based on the comparison between manga and anime. Detailing the exact minutes you should avoid or watch. An anime that I recommend is "Black Clover" which is the adventure, comedy, action genre, if you dare to see it, here I leave you the filled black clover guide .