Published by Rosmel Caballero Fonseca on May 13, 2020 Genres: Adventure, Comedy, Fantasy, Martial Arts, Shounen, Super Power
Dragon Ball is the prequel to the anime Dragon Ball Z, it adapts chapters 1 to 194 of the homonymous manga written by Akira Toriyama. Its anime adaptation was in charge of Toei Animation and began broadcasting from February 26, 1986 with 153 episodes divided into 9 seasons, of which 21 episodes are fillers.
Dragon Ball Filler Episodes make up 14% of the series, something not exaggerated for the number of episodes it counts. In addition, the added fillers are entertaining and well distributed throughout the anime.. 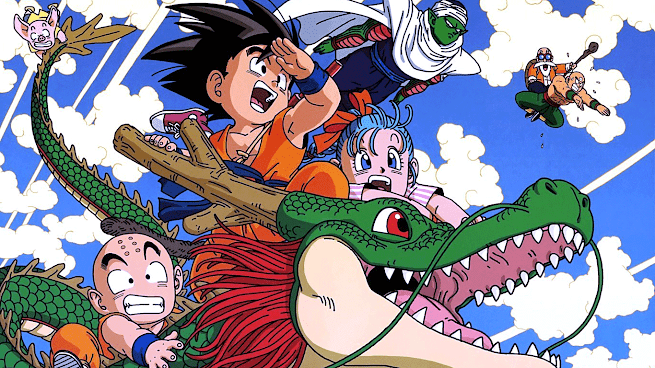 A long time ago, in the mountains, a martial arts master Son Gohan found an exceptional boy who arrived on Earth in a capsule during a stormy night, whom he named Goku. Unaware of his past, Gohan raised him as his grandson until he was eight years old and trained him in martial arts. After the death of his grandfather, one day he meets Bulma, a girl who is interested in the mysterious Dragon Balls. Together they will venture in search of the 7 Dragon Balls, a journey that will change Goku's life forever.


In the following Dragon Ball Filler List I will show you which episodes you have to Watch or Skip. In addition, the Movies and Ovas will be located in Chronological Order, this so that you can Watch Dragon Ball in Order. At the end of this list I will mention in what chapter of the manga does anime end or where to start reading the manga after the anime, this in case you want to continue the story.


How To Watch Dragon Ball In Correct Order?


The Chronological Order to Watch Dragon Ball movies and ovas is as follows: