Where does Boku no Hero Academia anime end in manga

Published by Rosmel Caballero Fonseca on February 06, 2020
Boku no Hero Academia o My Hero Academia has 4 seasons, The first season premiered on April 3, 2016 and ended on June 26, 2016 with 13 episodes + 2 OVAS, the second season (April 1, 2017 - September 30, 2017) with 25 episodes, the third season (April 7, 2018 - September 29, 2018) with 25 episodes, the fourth season (October 12, 2019 - On air) estimated at 25 episodes. The manga is more advanced than the anime, for this reason when you finish watching the anime you will have to continue the story in the manga and you will have the question of where did boku no hero academia end in manga. This will happen, since an anime episode adapts from 2 to 4 chapters of the manga, making the story get closer and for that reason they stop the broadcast of the anime so that the manga advances even more or broadcast it by dividing it into seasons, for this reason I show you the continuation in manga of the anime boku no hero academia.

In total the anime has 88 episodes and the manga 285 chapters collected in 22 volumes. 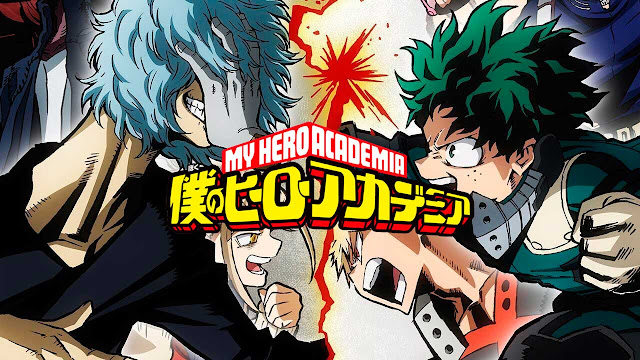 If you want to follow the anime then I will show you where to start reading boku no hero academia manga after anime or in which chapter boku no hero academia does the anime end, since currently the anime is in the fourth season broadcasting on the TV network Yomiuri TV in charge of Bones study, the last episode that was aired is 25 that corresponds to manga 175, 175  y 177 .

So if you want to read the manga where the anime is going, you should start reading from chapter 190 (Pag. 13) of the manga. If you want to see the list of episodes as well as the filler that contains this series, here is the article Boku no Hero Academia Filler List, which also shows you the order to follow the series.