Published by Rosmel Caballero Fonseca on May 13, 2020 Genres: Comedy, Drama, Shounen, Sports
Hajime no Ippo  (aka Fighting Spirit and Espíritu de lucha in Latin), is a sports boxing manga created by mangaka  George Morikawa  and illustrated by it, beginning itself to be published from  October 1989  through the magazine  Shonen Magazine  to in charge of the Kōdansha publishing house , with a total of 122 volumes, currently still in publication. The anime adaptation began broadcasting on October 3, 2000 on  Nippon Television  and was in charge of the Madhouse studio , under the direction of Satoshi Nishimura , with 127 episodes:Hajime no Ippo (76 + Movie + OVA), Hajime no Ippo: New Challenger (26 episodes), Hajime no Ippo: Rising (25 episodes). , the last episode aired on March 29, 2014. 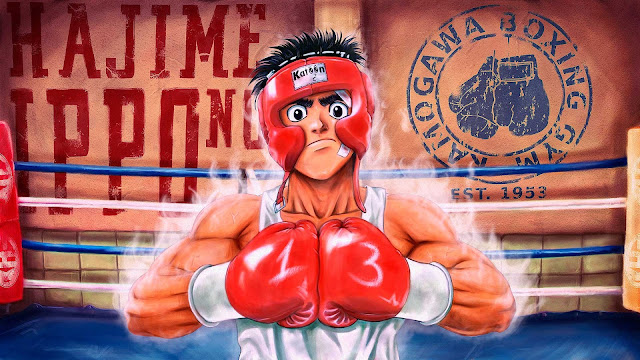 
Filler episodes to skip in Hajime no Ippo


The following Hajime no Ippo filler list will show you which episodes or chapters are filler in the series, this means episodes that are exclusively from the anime and were not adapted based on the manga. With this guide you will be able to skip or avoid Hajime no Ippo filler episodes and thus enjoy this anime without filler. It should be noted that both the ovas, specials and movies (if the anime had these) will be located in chronological order, this for you to better enjoy on the Netflix, Hulu, Funimation or Crunchyroll platforms.

SEASON 1: Hajime no Ippo: The Fighting!


In which chapter of the manga does Hajime no Ippo continue?