Samurai 8: The Tale of Hachimaru

Published by Rosmel Caballero Fonseca on October 28, 2019
During the JUMP Festa, the festival that is organized every year in Japan where everything about manga and anime sponsored by the Shueisha publishing house is gathered, the creator of "Naruto" had a special presentation of his new creation, as he wore with his character insignia more than 20 years working on its history. This is how it was revealed to the public "Samurai 8". In the 2017 JUMP Festa edition, it was announced that in 2018 Kishimoto would develop this new series, but only during this year's festival was its work announced that it would premiere its first volume in 2019. Of course, this time only responsible for the script. 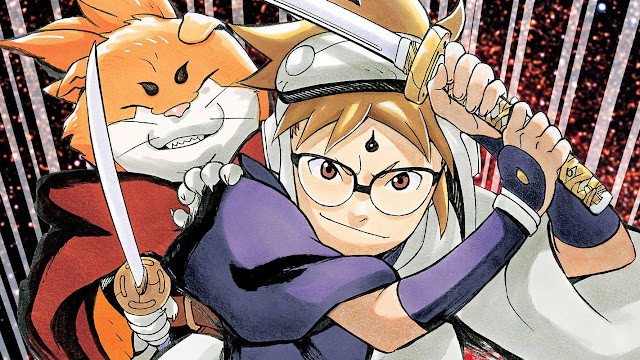 At the moment the details of the history of "Samurai 8" have not been revealed, although for the little that was seen in the official trailer and considering the title of the manga, the narration could follow a young character, in the same style as "Naruto" , but this time set in a world where samurai are the main warriors. Finally, some scenes show that these samurai would have robotic improvements in their limbs, while others would even be cyborgs. Everything indicates that the plot will be more science fiction.

We look forward to this new Masashi project and will be on the lookout for anime adaptation, since it will first be published in Manga and if it is well received they will make a TV version.