Published by Rosmel Caballero Fonseca on October 28, 2019
Boku No Hero Academia is one of the most relevant manga of recent years, due to its excellent adaptation to anime, which currently has 3 seasons stealing fans sighs. The manga already has more than 17 million copies sold around the world and, although not yet distributed worldwide, it is gaining followers in each country by leaps and bounds. 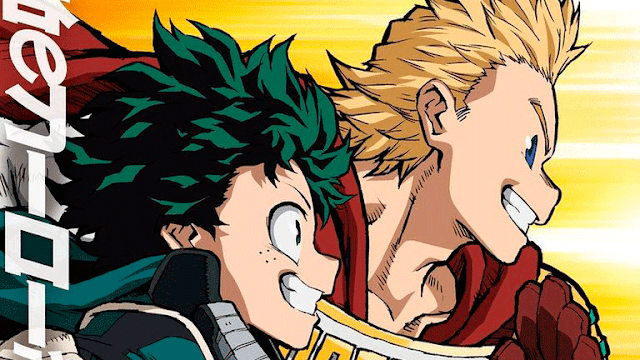 In 2015, the publication of the Boku No Hero manga, created by Kohei Horikoshi, began telling the story of Izuku Midoriya, a young man who lives in a world where more than half of the people have acquired super powers, emerging heroes and villains. After a huge success, the producer Bones takes command of the adaptation of a new arc, premiering the 4th season, which will be composed of 25 episodes. Season 1 is the smallest to date, with 13 chapters. While seasons 2 and 3 each consisted of 25 chapters. Thus, with this new batch of episodes, we will have a total 88 episodes.

The third season of the series culminated with Deku, Bakugou and others entering the so-called 'Internship', which would come to be like a kind of 'practices'. After obtaining a provisional license to practice as heroes, the UA has decided to opt for those known as 'The Big Three' to give support to the students, and show them the way forward. Mirio will be in charge of helping Deku reach the top, but we can't see him since the season ends there ... and with 'The League of Villains' regrouping and welcoming a new member: Overhaul, who is going to Be the enemy to beat in this new season.