Published by Rosmel Caballero Fonseca on October 28, 2019
The great impact of the Shonen genre within the world of manga is irrefutable. Due to the characteristics that it brings together, it is simple for the general public to become fond of and closely follow many of his works. In recent years we have seen how some of its top representatives have said goodbye. Works such as Naruto, Bleach or the recently finished Fairy Tail have said goodbye to make way for the next generation. A new generation composed of works such as Boku no Hero Academia or Black Clover, which seek the approval of the public and consolidate in the long term. 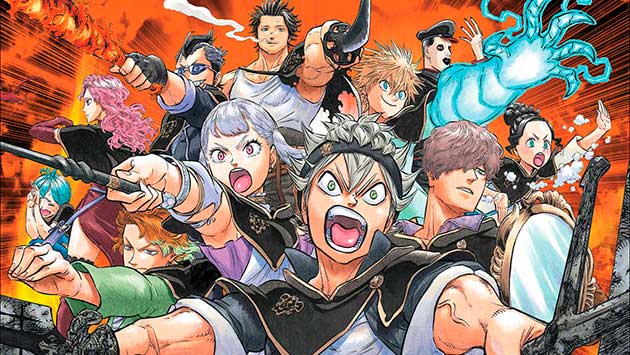 Black Clover is a shonen manga series created by Yuuki Tabata (Hungry Joker). Its publication began in Weekly Shonen Jump on February 16, 2015, currently having a total of 12 volumes for sale in Japan. On March 30, the first volume of the work was launched in the hands of Norma Editorial, who bought the rights at the end of 2016. His genre includes action, adventure, comedy, fantasy and drama.

We could argue that the Jump is betting hard for Black Clover to become the new Naruto, with all the benefits that entails. The truth is that it seems to us a work of the most interesting and with a great tour ahead.

Black Clover tells the story of two young men, Asta and Yuno that their maximum aspiration is to become a Magician, this rank is the highest among the magical knights. Both protagonists were abandoned at birth in a forgotten town called Hage and for which they decide to return this kingdom into a more just one for all people regardless of social status.